What is a Fugue?

A fugue is a style of composition. It is a series of melodies woven together using different voices (either instruments of actual voices) which are introduced one by one. It can be a stand alone piece or form part of a longer piece of music. 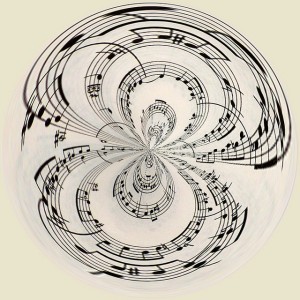 It may help to think of a fugue as similar to those songs that are sung in rounds like ‘row row row your boat’. One singer starts and when they’re halfway through the first line the second one starts and so on.

Then these two voices will be playing and a third may join and so on. The voices most likely will differ by pitch and sometimes by key. By playing at the same time they compliment and weave about each other’s melody creating the one harmony.

The origins of the word fugue are latin and mean ‘to chase’ which is kind of what all the voices are doing in this type of music.

How long is a fugue?

It varies. Fugues can be part of a larger work or stand alone by themselves.

What/who is a fugue played by?

They are usually designed for one type of instrument (or vocal)

Fugues are quite technically complicated to compose. Luckily you don’t need  to know the details to enjoy listening to them.

Many of the famous composers wrote fugues. Probably the most famous was  Bach. Bach wrote many of his fugues for an early version of the organ or a  harpsichord.

This is an animated representation of the different voices in this fugue. The visuals really help to see what’s going on with the composition.  Not to mention see how difficult it would be to write or play.

Toccata and fugue in D Minor by Bach

You’ll definitely know this one. It’s Bach’s most famous fugue.

What are the different sections of a fugue?

A fugue doesn’t have a totally fixed structure, instead it has a general style.

This is a simplified version of the structure a composer might choose to use.

What is the history of the fugue?

The musical term fugue has been around since the middle-ages but not in a form recognizable to us now.

During the 16th Century the fugue grew more into those which we know today but it wasn’t until the Baroque era that they became popular with composers.