String Quartet in E minor is one of Dame Ethel Smyth’s most popular works. She began the quartet in 1902 then abandoned it to work on an opera. She didn’t pick it up again until ten years later when she wrote the final two movements. In those intervening years significant events happened in Smyth’s life: she became an active part of the Suffragette movement and she lost her close companion Henry Brewster. Both of these — her grief over Henry and her desire to show other women what could be achieved — heavily influenced the final composition. String Quartet was Smyth’s first published quartet (she wrote a couple of others while studying in Leipzig). It is a bold and stirring piece, but not without its playful elements. It’s said by many to have been the composition where Smyth found her voice.

END_OF_DOCUMENT_TOKEN_TO_BE_REPLACED

Sonata in A minor is a sonorous treat for the ears. A piece that displayed Dame Ethel’s move from student to professional; she composed it a few years after studying at the Leipzig music conservatory. You can hear the influence of Brahms, a man she both met and admired while studying. Indeed her time in Germany provided her a musical community that she had not found growing up in England. This sonata is dedicated to one of these friends, famous cellist Julius Klengel. The combination of cello and piano never fails to provoke an emotional response. It is especially true in Sonata in A minor where they are so magnificently woven around each other by Smyth’s lyrical expertise.

END_OF_DOCUMENT_TOKEN_TO_BE_REPLACED

The catalogue of classical music is massive. It’s hard to know where to start.  As part of this journey into the classical world I’ve decided to immerse myself in a different composer every month. Each week of that month I’ll look at a popular or interesting piece and the story around it. It’ll be their story and my story.

Dame Ethel Smyth was a seriously accomplished woman. Talented in both musical and literary arts she was also an iconic suffragette activist who fought alongside Emmeline Pankhurst. As well as chamber and symphonic music she composed choral pieces, songs and ballets. She is still the only woman to have had an opera performed at The Met. 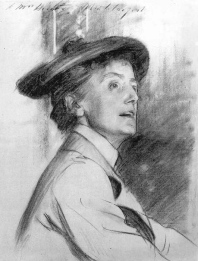 There were many brilliant Tchaikovsky pieces I could have chosen for this last post. He wrote some stunning symphonies, piano concertos and ballets, but in the end I couldn’t go past the 1812 Overture. It has bells, even more bells and proper military cannons and it’s probably one of the most recognised pieces of classical music. It’s been used so many times on television and wait for it, at fireworks events that you probably didn’t even know that you knew it. Well Tchaikovsky was the man that composed it, and he didn’t like it all that much either. Which is a shame, because the public loved it and it’s what cemented his reputation worldwide as a great composer.

END_OF_DOCUMENT_TOKEN_TO_BE_REPLACED

All of Tchaikovsky’s lyrical talents are on display in Piano Trio in A minor. A deeply emotive work, it remains a unique piece of chamber music that literally set the score for Russian composers for years to come. He dedicated it, ‘ in memory of a great artist’, to his close friend and champion Nikolai Rubinstein who had died the previous year. Rubinstein’s appointment of Tchaikovsky to a professorship at the Conservatory of Moscow was as instrumental to his career as this piece became to those Russian composers who came after him.

END_OF_DOCUMENT_TOKEN_TO_BE_REPLACED

Marche Slave (Slavonic March) is the result of a commission Tchaikovsky received for a concert to benefit wounded Serbian soldiers who had been fighting the Ottoman Empire (Turkey). It’s definitely full of some militaristic rhythms and nationalist themes. But for all of this, I was immediately attracted to this piece because of its sense of theatre and fun. It’s said the music moves from a funeral wake to a great victory and you can feel that movement. There’s no chance to reflect for long in its melancholy moments before the quickening pace restores the festivity of life. If I were wounded, this is the kind of music that would lift my spirits.

END_OF_DOCUMENT_TOKEN_TO_BE_REPLACED

Tchaikovsky’s name is closely associated with ballet. In fact he wrote the score for 3 of the most famous and most performed ballet’s in the world. Swan Lake was the first of these. (The others are Sleeping Beauty and The Nutcracker). From the opening of the Swan Lake Suite, Tchaikovsky’s mastery of melody and movement is evident as it takes you away on a wave of feathery lightness.

END_OF_DOCUMENT_TOKEN_TO_BE_REPLACED

The catalogue of classical music is massive. It’s hard to know where to start.  As part of this journey into the classical world I’ve decided to immerse myself in a different composer every month. Each week of that month I’ll look at a popular or interesting piece and the story around it. It’ll be their story and my story.

September’s composer is Pytor Tchaikovsky. A man who pursued a life in music despite there being little offer of a musical career in Russia at the time. Known for being a master of melody Tchaikovsky spent much of his compositional career finding a balance between Western and Russian musical styles. Many of his works are incredibly well-known including his ballets (Sleeping Beauty, Swan Lake, Nutcracker) and of course the 1812 Overture. I found his pieces to be very seductive and immediately attractive.

The flute has been a recent attraction for me. Previously I had associated it with fluffy things like dancing, fairies and nymphs, all very Midsummer Nights Dream, but it has such a bigger range than this. I chose La Notte because it is an odd piece, but also an attractive one. It’s full of the unmistakeable Vivaldi violin as well. If Vivaldi has done one thing for me it’s move me away from solely listening to piano pieces. (It didn’t exist in his time, the closest to it was the harpsichord, which you can hear as part of the orchestra in many of his pieces.)

END_OF_DOCUMENT_TOKEN_TO_BE_REPLACED

Vivaldi was an incredibly prolific composer with over 500 concertos alone to his name let alone his operas and other work. I couldn’t really get away without talking about at least one of the hundreds of sacred works he composed. ‘Nulla in mundo pax sincera’, the opening section of Vivaldi’s Motet in E, translates roughly as ‘there is no peace left in the world’ or ‘in this world there is no honest people’. A title which feels as relevant today as ever.